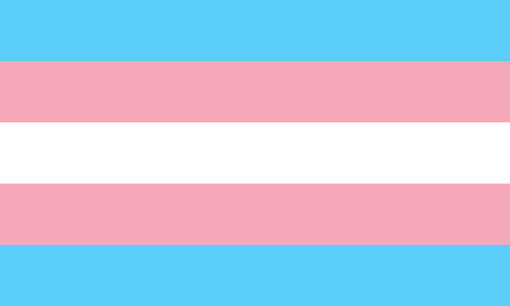 Texas has been in the news lately for letters written by state officials declaring that what’s known as “Gender Affirming Care” is child abuse. It’s generally regarded as a political display, as the letters don’t change how the law actually defines child abuse, and major medical and mental health organizations have clarified that gender affirming care is not child abuse.  Nevertheless, it’s a scary time for families and providers who care for trans kids, and it’s also creating questions in the minds of parents of what the term “gender affirming care” even means.

The general answer to that question is that gender affirming care is a series of supports and steps, spread out over years, that allow a child to express their internal gender identity, no matter what their body looks like on the outside. It generally starts with “social transitioning” which just means letting a child wear clothes, hairstyles, and use pronouns or names that reflect their internal gender identity. After time, some children may take medication to pause pubertal development, later they may take hormones, and eventually, in adulthood, there are permanent medical interventions that can help one’s external appearance match the internal experience of their own gender. It’s a slow process that typically involves multiple medical professionals over many years.

But what I really want to talk about is what I think of as the first step of gender affirming care, because I think it gets overlooked and it’s relatable to every parent everywhere. So let’s start here: imagine that your child came to you this afternoon and said, “I’m trans.”

This precise moment is where I think gender-affirming care starts. And then, zoom out and recognize the bigger picture: that gender affirming care is just a freshly nuanced expression of the care a loving parent shows their child all along. Good parenting requires us to meet our child where they are, love them for who they are, and do our best to help them grow into the healthiest them they can be.

Gender identity isn’t a special category where it becomes okay to reject your child for who they are.  I’d argue that it’s a category where kids need their parents’ support more than ever, since the world’s reactions towards people who are transgender ranges from confused to mean to violent.

So those Texas officials are wrong, and they are creating pain and fear with this political theater. And you, as a loving parent of a kid whose body and gender identity match, have more in common with the parents of trans kids than perhaps you realize. The first stages of gender-affirming care are what I would simply call: parenting done right. And that’s about as far from child abuse as you can get.

The Genderbread Person.  A remarkably clear and easy to understand explanation of gender identity, gender expression, sexuality, and anatomical sex… illustrated with a Gingerbread Cookie image.  So clever.

A fact sheet for Texas families and professionals who are impacted by these letters.  From the ACLU and Lambda Legal.

Sign up for my FREE parenting newsletter, chock full of helpful knowledge, useful tips and tools, plus exclusive discounts on new courses and webinars. As a bonus for subscribing, get an immediate PDF download of my

I believe family is the foundation of who we are as people and as a culture, and helping improve family lives is my calling and my passion. My top priority is helping you manage behavior more effectively while preserving your parent-child relationship, either with one-on-one coaching or through my online offerings.

Sign up for my FREE parenting newsletter! As a bonus for subscribing, get an immediate PDF download of my